Film Locations In Romania – Beyond The Vampire Legends

Dazzling palaces, rugged mountains, or wild nature, there is one country to have them all. Romania does not cease to amaze filmmakers. It has backdrops to match both blockbusters or documentaries. Various productions relied on its telegenic landscapes already. Here are some of the most striking film locations in Romania.

The way movies portray a specific location takes a toll on almost every first impression. Think about Paris and how everyone expects it to boast with romance. Across the continent, Romania’s capital may come as a city of contrasts for some. It gained a reputation as “Little Paris”, thanks to its architecture (but not only that). But Bucharest has hosted a variety of productions, from action to historical movies.

Film locations in Romania can easily replace other European backdrops. Cities wear the mark of both communist, as well as modern architecture. This striking blend works great for blockbusters or dramas. Films like The Necessary Death of Charlie Countryman (2013) or  The Dying of the Light (2014) prove that. But there are also architectural gems dazzling the audience in the blink of an eye.

The monumental Casino in Constanta or the majestic Peles Castle easily stand out. No wonder they made an imposing appearance as luxurious places. The Brothers Bloom (2008) or A Princess for Christmas (2011) are some productions shot here. And there is no denial of their majestic features.

When it comes to filming in Romania, it is almost impossible to leave out nature. Beyond wondrous castles, royal palaces, or communist masterpieces, there are the mountains. Carpathian peaks are a substitute on a budget for many other locations. Take Hatfield and McCoys (2012), for example. This movie relied on the Transylvanian landscape as a stand-in for the Appalachian Mountains.

Could something be missing among the film locations in Romania?

Film locations in Romania cover a wide array of possibilities. And finding all in one country is a blessing for filmmakers. Rugged mountains, pristine forests, awe-inspiring palaces, are all spread across its territory. There is also the seaside, with access to the Black Sea and the Danube Delta, a unique ecosystem.

Remote villages in Romania still conserve the spirit of medieval times. And for a true time-traveling vibe, shooting in Sighisoara is ideal. A Farewell to Fools (2013) gives a glimpse from the past from this citadel.

Clay-made houses, wooden-sculpted gates, almost-forgotten rituals are also conserved here. There are still some regions across the country stuck in time. And since we talk about a blast from the past, there is no way to ignore the outstanding castles.

Dracula’s Bran Castle has reached global fame, but there are so many more impressive spots. The Corvin Castle, for instance, was a great choice for The Ghost Rider – Spirit of Vengeance (2011). The movie also shows some impressive shots of the Transfăgărășan Road, considered one of the best ones in the world.

If you are looking to make the most of these stunning places, Romania Fixer holds all the answers. 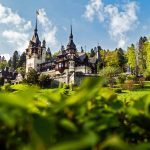 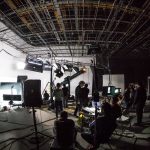 What To Look For When Hiring A Production Assistant In RomaniaUncategorized