Everything You Need To Know About Documentary Production In Romania

Romania is one of the most fascinating countries in Eastern Europe. In fact, most people who’re into travel and want to visit this part of the world start with Romania. When it comes to documentary production in Romania, the possibilities are endless on topics and landmarks waiting to be featured.

What to expect from documentary production in Romania

What can you expect from documentary production in Romania? Although a country in Eastern Europe, which is not the most advanced location in terms of infrastructure and everything else, Romania is a gem. Why? Because the places you can film about here are unique. If you’ve ever heard about Romania, you know that the Bran Castle lies there, in the middle of the Carpathian Mountains. The place was used by Bram Stoker as inspiration for his legendary “Dracula” novel, and has an incredible real history as well, involving Romanian royalty.

In terms of what to expect when doing documentary production in Romania, you can rest assured your money will be well spent there. This is because Romania is an overall cheap country, with good services for low prices. This is great considering you’ll need transportation, hotels, and meals, as well as extras or even actors on the ground, for your documentary. Be it that the prices are lower here, you will enjoy great services for lower pay. Having a great filming experience in the land of Dracula and Hagi is all about mixing in with the locals, blending in and speaking their language, so to speak.

If you need support while filming in Romania, you can ask for it by hiring a video production company that’s from the ground. Have them take care of the essentials, film permits, extras or actors, locations, and so on. While you take care of the important part of the filming, the actual production itself.

Documentary production in Romania isn’t just cheap and reliable, it simply makes sense. Why? Because Romania is the place where many things have happened in the past that are worthy of a documentary. Ruled by the notorious dictator Nicolae Ceaucescu for decades, Romania has a gloomy past from which it still tries to grip a hold of the future. After the communism era, the country has rebuilt itself under the program of democracy, until reaching the international spectrum and joining organizations like NATO and the European Union.

In terms of landmarks, besides the Dracula Castle, you’ve got a plethora of places that are worthy of a documentary. One of the first that comes to mind is Bucharest, about which few know it hosts the heaviest building on Earth and the second-largest overall after the Pentagon. The People’s Palace is made out of 1 million cubic meters of marble and can host up to 100.000 people inside it. If you’re into nature, away from the city lies the Danube Delta. This natural paradise is gorgeous, and perfect for a documentary on wildlife. 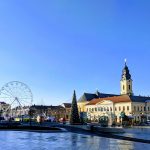 How To Find A Film Fixer In RomaniaUncategorized